Nangiarkoothu & Koodiyattam are deemed difficult to understand and follow for an uninformed viewer. Nangiarkoothu contains more than 217 slokas which take about 30-40 days to be presented in full.

Some of the more popular pieces like Akrooragamanam & Putana Moksham are presented by nangiarkoothu artists all over Kerala. Below are some stage scripts that can help an uninitiated viewer follow some of these performances. These are intended to be easy to read and follow and are by no means exhaustive, especially when witnessing a seasoned performer who may improvise and add slokas impromptu. The imaginative should have no difficulty in catching the drift!

Nangiarkoothu and Koodiyattam are heaped with stage techniques and rituals that have been refined over centuries. A common place description of some of the jargon that one is likely to encounter is given below.

Entry of an important character for the first time on stage. The purappad in Nangiarkoothu is steeped in rituals and marks the entry of Subhadra's maid Kalpalithika on stage, who is the story teller in Nangiarkoothu. When a complete presentation of Nangiarkoothu spans multiple years, a purappad is performed every year. At the end of the rituals of Purappad, the actor in her costume would enter the sanctum of the temple and worship the diety.

Narrating, (by gestures) a gist of the story by recalling previous incidents. This is done at the beginning of the performance each day to set a context to what follows. Sankshepa is performed by the actor seated on the stage stool and is indicated by keeping her left hand outstretched and touching it thrice with her right hand, at her elbow, forearm and fingertips in succession.

Moving through a series of incidents backward in time by posing a series of questions (as gestures) accompanied by the gesture "how was it that this happened?" The character that poses the questions connects to his/her back story by employing this technique.

A unique stage technique where a character in an act of the play comes on stage and recounts the past (often his/her story or flashback) and thereby sets the context of his/her appearance on stage. In a typical Koodiyattam performance, following the entry and nirvahanam of some or all of the characters in an act, the actual text of the play is enacted. Nangiarkoothu stretches the technique of nirvahanam to a new level where a single character uses theatricals to visually recite a story in great detail, bringing it closer to being a story-telling art than theatre.

Literally translates to transpose & dance or role-play, where the actor is dressed for one role, acts, changes position, indicates a change in character, assumes a different role and gestures ‘What did you say?....or did you say so…’ and continues to act out the part of the assumed role and so on.

Koodiyattam & Nangiarkoothu have an elaborate vocabulary of mudras, that cover proper nouns, common nouns, verbs and prepositions (vibhakti in sanskrit). A mudra may carry different meanings depending on the context.

Sloka recitations are done in a long drawn melodic manner. The tunes are interchangably called swara or ragas. Each sloka is taught/recited in a specific raga. The ragas are indicative of the 'bhava' or emotional content of the sloka.

Play among the Gopis 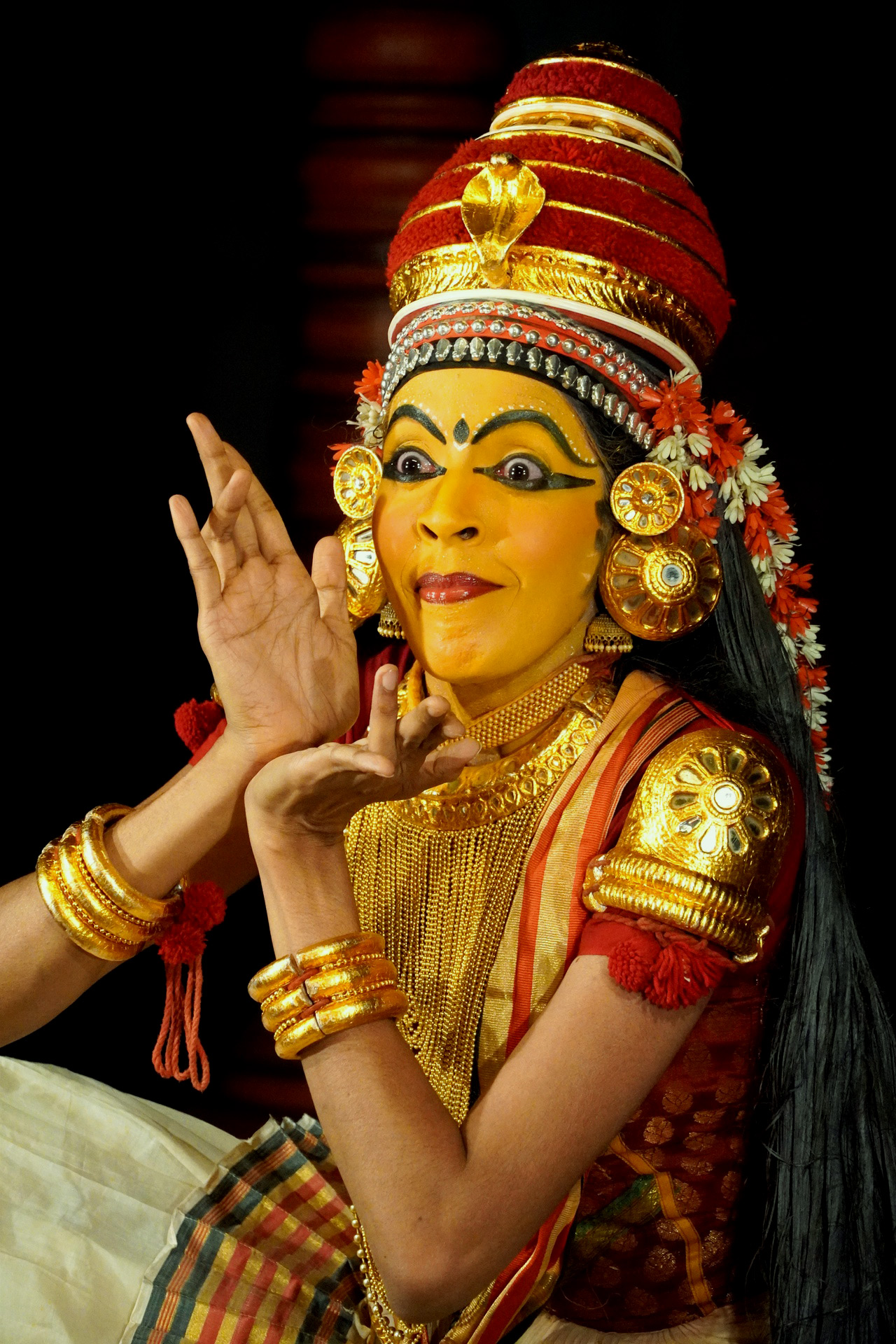 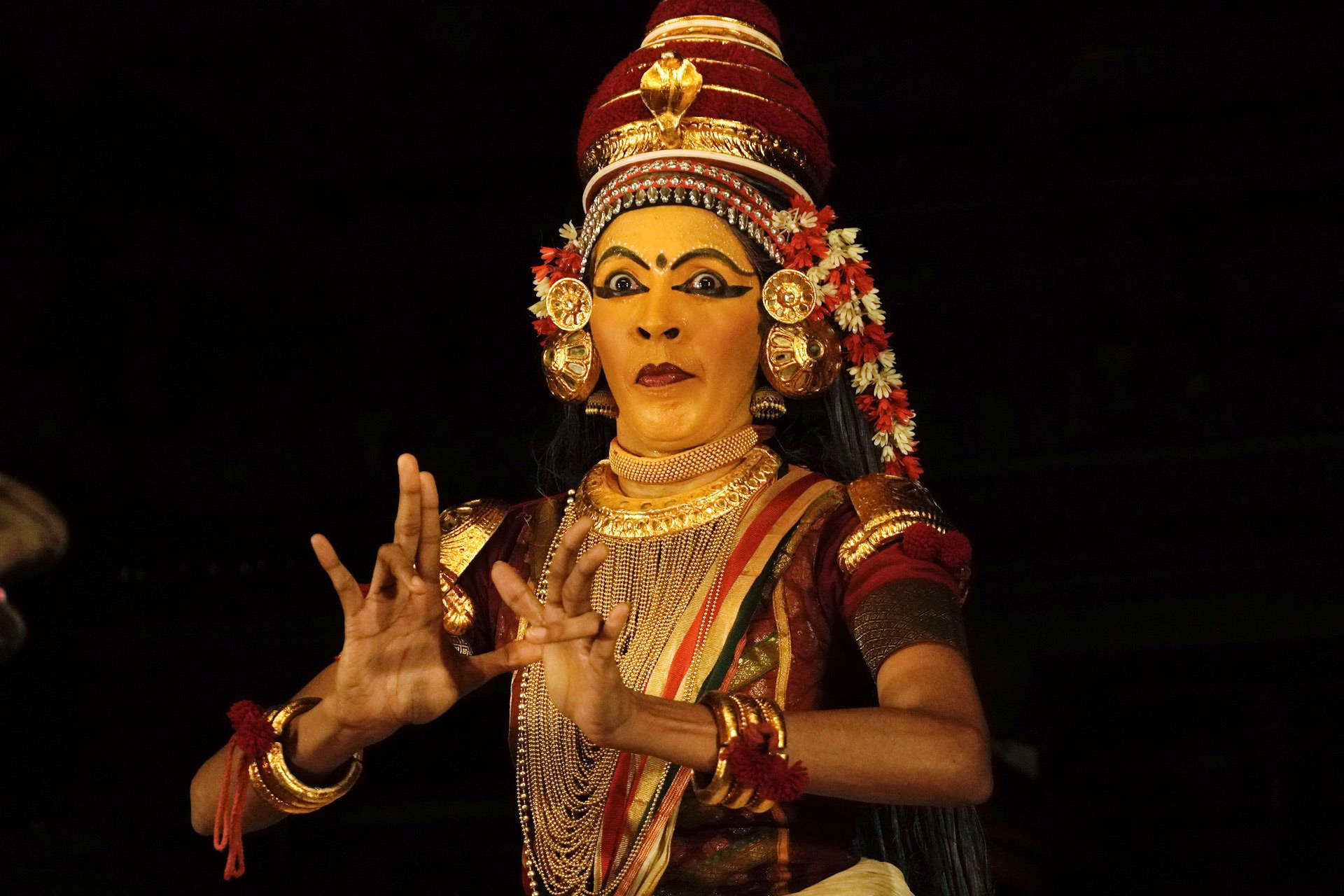 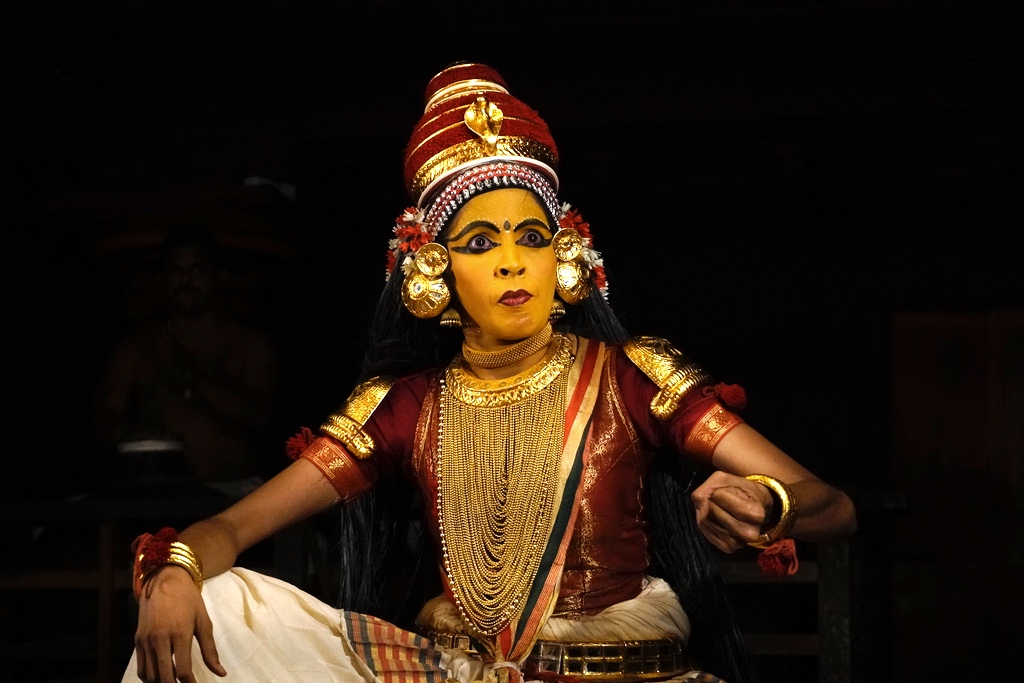 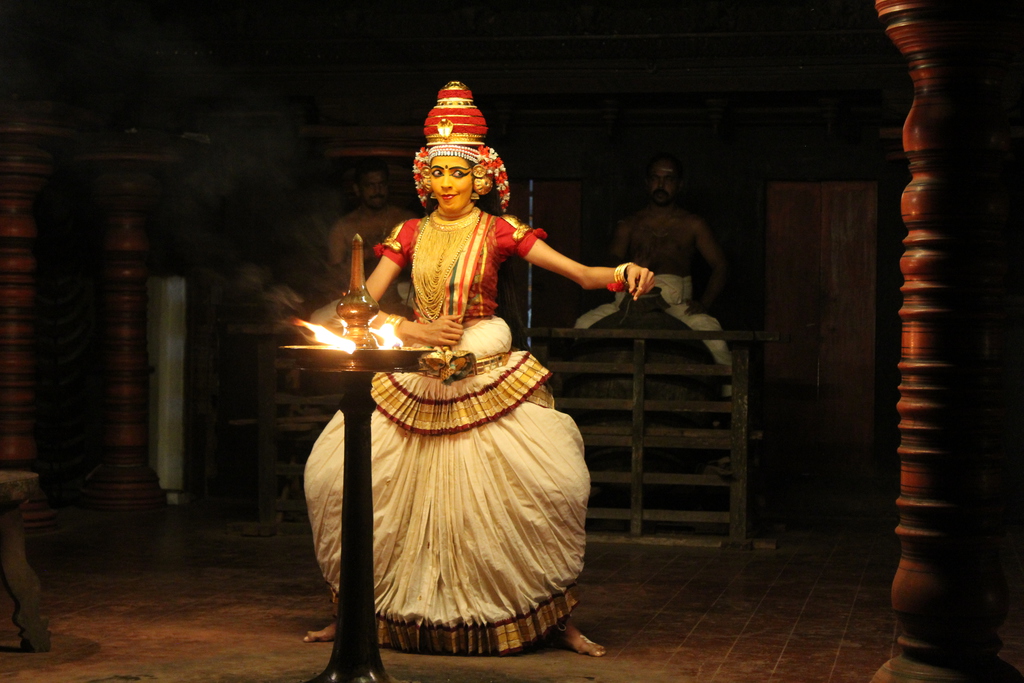 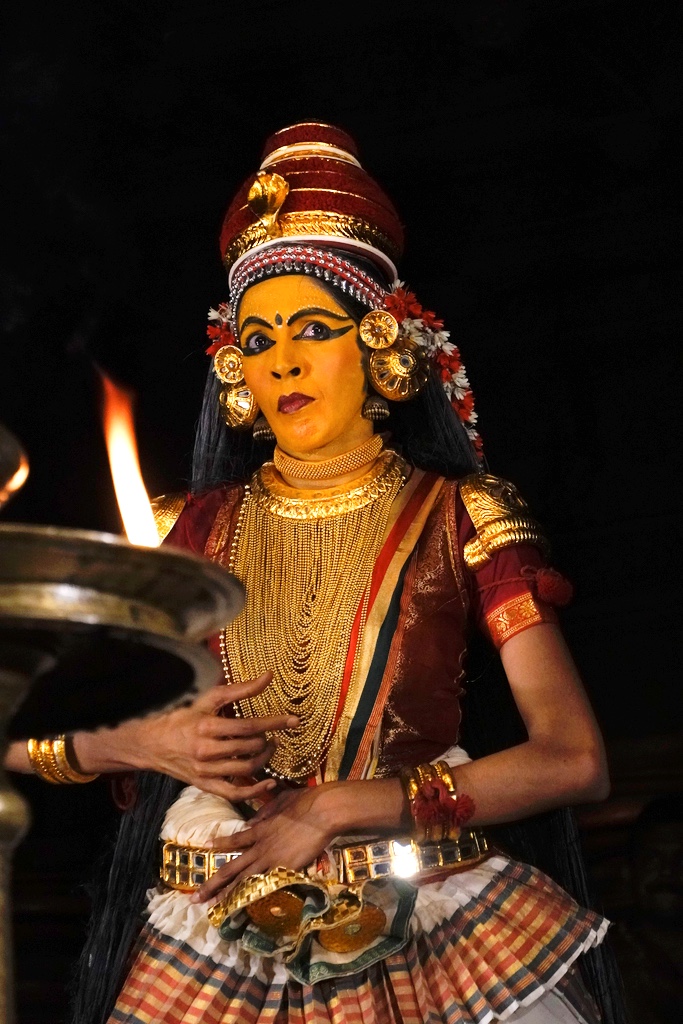 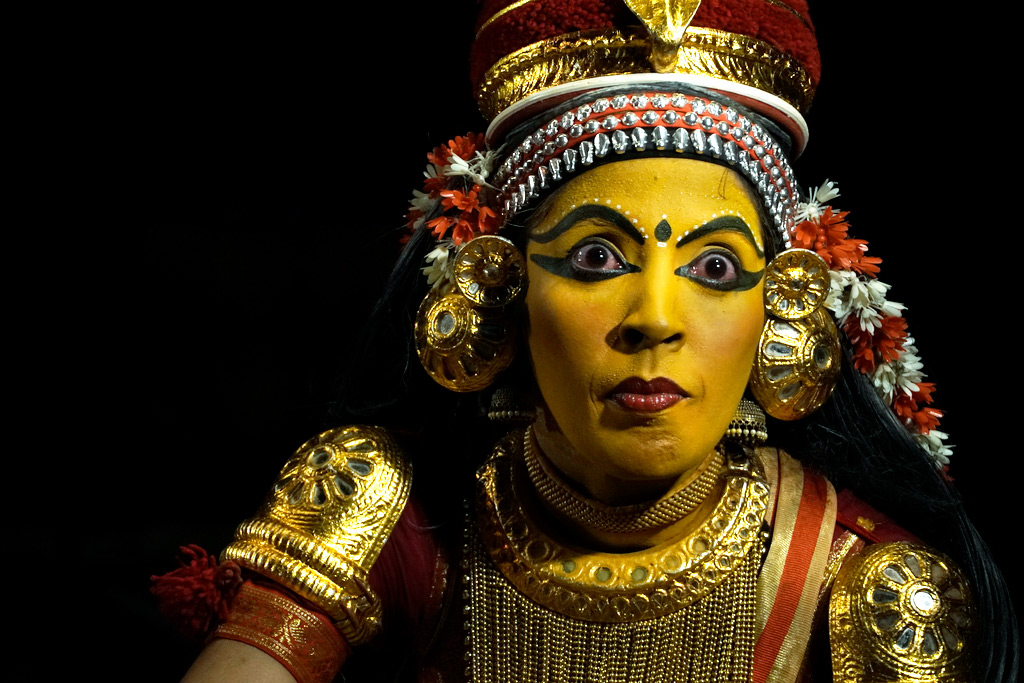